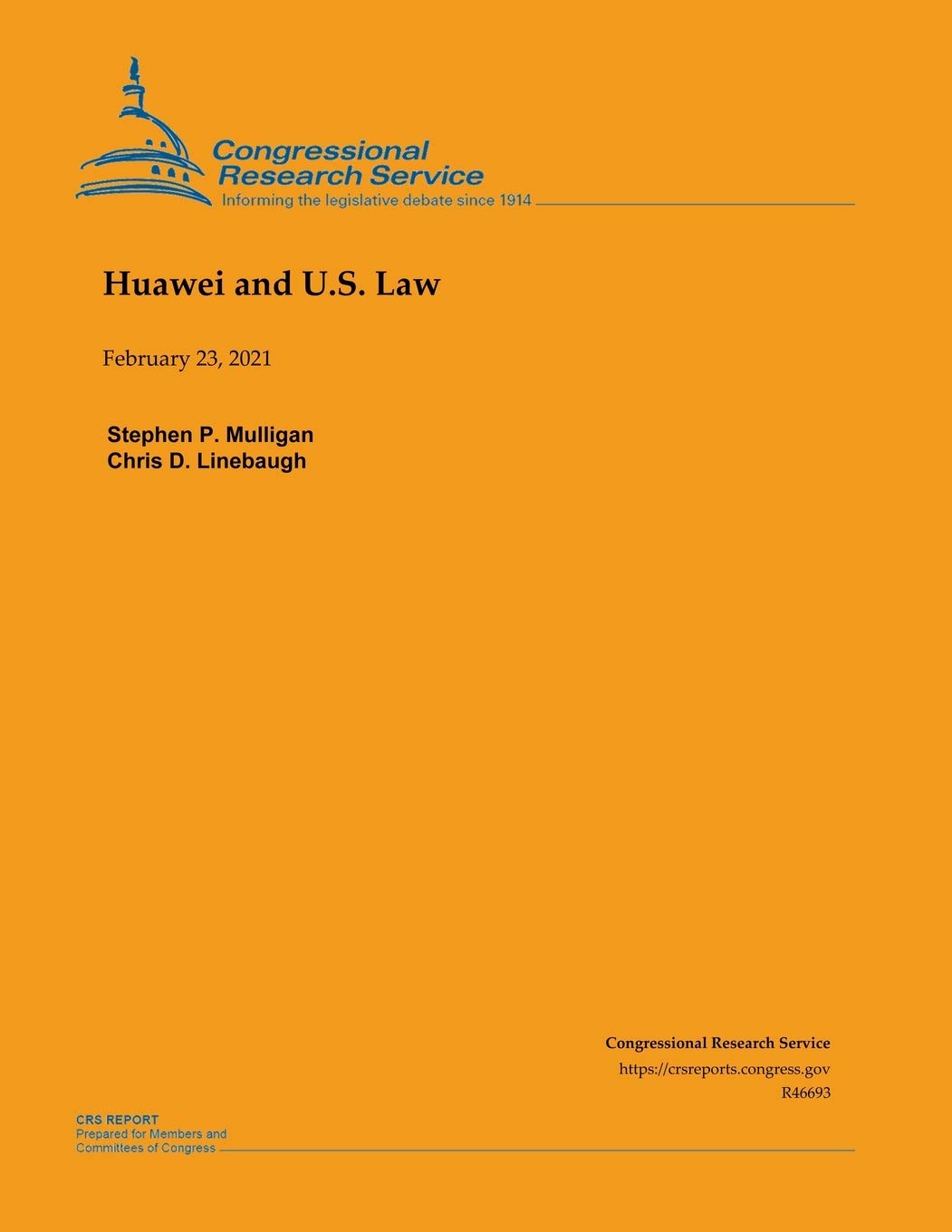 Huawei Technologies Co., Ltd. (Huawei) has grown to be the world’s largest telecommunications equipment manufacturer since its founding in 1987 by a former engineer in China’s People’s Liberation Army. The Shenzhen, China-based company has become the focus of a host of legal actions that seek to protect the United States’ national security and economy. In2012, the House Permanent Select Committee on Intelligence (HPSCI) released a report describing the potential counterintelligence and security threats posed by Huawei’s access to U.S. telecommunications systems. Senior officials in the Trump Administration asserted that Huawei’s products present an inherent security threat because the Chinese government can force Huawei to share confidential information or create “backdoors” by which the Chinese government could access Huawei systems. Huawei denies that its products create a security threat, and third-party analysts have not reached uniform conclusions about the security of Huawei systems.Given the security debate, Congress and the executive branch have initiated a variety of legal efforts to limit Huawei’s accessto international supply chains, telecommunications systems, and markets. These legal actions have evolved from narrowrestrictions on federal spending to an effort to remove Huawei equipment from domestic and internationaltelecommunications networks.Some observers view the suite of legal actions involving Huawei as part of a broader effort to “decouple” the United States’economy from problematic aspects of China’s economy. Others see it as a microcosm of the increasing complexity ofchallenges caused by China’s rise on the global stage. Some stakeholders argue that these legal actions may have unintended consequences, such as denying low-cost technology to American consumers, lost profits for American companies barred from selling to Huawei, and the risk that technology companies might move operations overseas to avoid U.S. traderestrictions. Efforts to account for these considerations are ongoing and may continue in the 117th Congress and the BidenAdministration.This report outlines recent Huawei-related legal activities and examines the statutory authorities underlying each action.